You may just want to start by taking advantage of what be can learned from the ReCODE protocol – with or without having some lab work done – and include what works for you in your day-to-day routine.

So . . . whether you are interested in preventing cognitive decline or reversing it, you first need to determine in detail where you stand in terms of your vulnerability to the three insults of inflammation, suboptimal hormones and other brain nutrients, and toxic compounds. Only then can you identify what needs to be addressed in order to improve cognitive function.

The blood tests that will tell you this are increasingly available, often without a prescription from your physician. (For more about why testing is so important, go now to Appendix A).

High insulin, as well as high glucose are 2 of the most import risk factors for Alzheimer’s disease. The human body is not designed to process more than 15 grams of sugars per day, far less than a regular soft drink (40 to 100 grams). When you eat foods with a high glycemic index (sugars, but also starchy foods like white bread, white rice, white potatoes and baked goods), your body produces large amounts of insulin to keep glucose levels from becoming toxic.. Cells become insensitive to a constant flood of insulin. This is insulin resistance, which contributes to type 2 diabetes, fatty live, metabolic syndrome and Alzheimer’s disease. In addition, the excess insulin that glucose calls for must be degraded, after it deals with the glucose, by the same enzyme that degrades the amyloid-beta that contributes to Alzheimer’s disease. It can’t be as effective at degrading amyloid-beta if it is also busy degrading insulin. 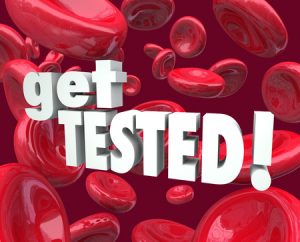 Metal Detection— Not Just for Airports: Too much copper and too little zinc are associated with dementia. Your blood levels of both copper and zinc should be approximately 100 mcg/ dL (micrograms per deciliter), and thus the ratio 1: 1. Ratios of 1.4 or higher have been associated with dementia. GOAL: copper:zinc ratio = 0.8– 1.2. Zinc = 90– 110 mcg/ dL (or red blood cell zinc = 12– 14 mg/ L). ADDITIONAL, OPTIONAL TARGET: copper minus 3x ceruloplasmin ≤ 30.28

Selenium and glutathione: Selenium works with the peptide glutathione to mop up free radicals, the molecules with unpaired electrons that damage cell membranes, DNA, proteins, and overall cell structure and function. Low levels of glutathione can contribute to inflammation, toxicity, and loss of support for synapses— and, therefore to all three subtypes of Alzheimer’s disease. GOAL: serum selenium = 110– 150 ng/ ml; glutathione (GSH) = 800– 1230 micromolar.29

Heavy metals: When we eat ocean fish, we run the risk of high levels of mercury, which can induce the signature pathology of Alzheimer’s disease— amyloid-beta plaques and neurofibrillary (tau) tangles. “SMASH fish”— salmon, mackerel, anchovies, sardines, and herring— are safer. Arsenic, lead, and cadmium can also affect brain function. Arsenic is found in groundwater in some parts of the western U.S. and is also present in chicken, but is much lower in organic chicken. Arsenic has been associated with impaired executive function (including problem solving, planning, organizational ability, and other forms of higher-order thinking), reduced mental acuity, and deterioration of verbal skills, as well as depression— exactly the sort of deficits that occur with type 3 (toxic) Alzheimer’s disease. A very sensitive test called the Mercury Tri-Test, developed by Quicksilver Scientific, measures mercury from hair, urine, and blood without the need for chelation.Quicksilver also offers a very sensitive blood test for other metals, including calcium, chromium, copper, lithium, magnesium, molybdenum, selenium, zinc, aluminum, antimony, arsenic, barium, cadmium, cobalt, lead, mercury, silver, strontium, and titanium. GOAL: mercury, lead, arsenic, and cadmium all < 50th percentile (by Quicksilver); or, if blood levels are evaluated by a standard laboratory: mercury < 5 mcg/ L; lead < 2 mcg/ dL; arsenic < 7 mcg/ L; cadmium < 2.5 mcg/ L.30

Sleep and Sleep Apnea: Sleep is one of the most powerful weapons in the large anti-Alzheimer’s arsenal. Sleep benefits cognition in several ways:

Sleep apnea, which jolts you awake repeatedly, contributes to cognitive decline and can be tested for inexpensively at home. GOAL: AHI (apnea-hypopnea index) of fewer than 5 events per hour (preferably 0).31

Vitamin E is an important protector of your cell membranes, an antioxidant with an anti-Alzheimer’s effect. GOAL: vitamin E (measured as alpha-tocopherol) = 12– 20 mcg/ ml.

Gastrointestinal Permeability (“ Leaky Gut”) can occur due to gluten sensitivity, damaging chemicals like those in pesticides, soft drinks or alcohol, sugar, processed foods, and preservatives; inflammation, chronic stress, yeast, and medications such as aspirin or acetaminophen. Now it is not just amino acids, the simplest sugar molecules, like glucose or fructose, and vitamins that reach the bloodstream. So do larger fragments. These fragments are recognized by the immune system as foreign, triggering inflammation. Since inflammation is a key cause of Alzheimer’s— especially type 1— it is crucial to keep these large protein fragments from leaking out of the gut and into the bloodstream. GOAL: Cyrex Array 2 (or other measure of gut permeability) negative.33

Gluten Sensitivity and Related Sensitivities: The gut-brain connection is critical for cognition. Many of us may suffer damage to our gastrointestinal tracts— and especially the tight junctions between the cells— from gluten. Since gluten sensitivity can cause leaky gut, which (as described above) can trigger the kind of chronic inflammation that leads to Alzheimer’s, it is important to evaluate gluten sensitivity. One way is to assess tissue transglutaminase antibodies in serum, which is a standard blood test. Another is to undergo Cyrex Array 3 and Array 4 testing. GOAL: tissue transglutaminase antibodies negative OR Cyrex Array 3 negative and Cyrex Array 4 negative.35

Mitochondrial Function: Like tiny batteries, mitochondria supply the energy that allows our cells to function. They convert every from the food we eat and the oxygen we breathe into the molecule ATP, which powers our cells. Many chemicals damage mitochondria, including antibiotics, statins, alcohol, L-DOPA, griseofulvin, acetaminophen, NSAIDs (such as aspirin and ibuprofen), cocaine, methamphetamine and AZT. Because there are no simple blood tests that assess mitochondrial function, all we can do is beware aware of, and limit exposure to, the mitochondrial-damaging agents listed above.37

BMI (Body Mass Index): An unhealthy BMI increases the risk for cognitive decline. Ideally, it should be between 18 and 25. Here is a link for a quick and easy online calculator provided by the National Heart, Lung and Blood Institute of the U.S. Department of Health and Human Services that you can use to calculate BMI:

Visceral fat status, determinable by an ultrasound or MRI  is a more accurate indicator, according to Dr. Bredesen. Other good indicator is waistline: no more than 35 inches for women and 40 inches for men.38

Genetics affect your risk for Alzheimer’s disease, but your Alzheimer’s fate is by no means written in your DNA. Instead, much more than you might expect, you are in control of your own fate. In order to optimize your control, you want to know your genetic status: for one thing, your optimal diet will be different if you are ApoE4 positive than if you are ApoE4 negative. In April 2017, the FDA approved ten DNA tests from 23andMe, including one for late-onset Alzheimer’s disease risk, which evaluates ApoE status. GOAL: Knowing your ApoE status. OPTIONAL TARGET: Knowing your status on all SNPs related to neurodegeneration, such as APP, PS1, PS2, CD33, TREM2, CR1, and NLRP1.39

Quantitative Neuropsychological Testing: It is critical to know where you stand with your memory and other aspects of cognition, such as organizing, calculating, and speaking. There are many ways to do this. The simplest is to take the MoCA (Montreal Cognitive Assessment) test, which is freely available online and takes only about ten minutes (http:// dementia.ie/ images/ uploads/ site-images/ MoCA-Test-English_7_1. pdf). There are three versions, so you can repeat it without concern that any improvement comes from having seen the same test before. A normal MoCA score is 26 to 30; 19 to 25 is associated with MCI; 19– 22, if accompanied by difficulties with activities of daily living, usually means that MCI has converted to dementia, whether from Alzheimer’s disease or another cause; and scores lower than 19 indicate dementia.

On the Horizon – New Tests for Assessing Cognitive Decline:41

Critical as laboratory tests are for identifying genetic and biochemical factors that may be contributing to cognitive decline, life history can also provide crucial clues to what is causing it. It is therefore important to know if you currently or have ever had or done any of the conditions or things listed here in Appendix B.

Testing can be costly or not so much, depending on your insurance. The trend in health care has been to to focus more on reaction than prevention, but that is beginning to change. The few hundred dollars to perhaps $1,000 can be seen as an excellent investment to avoid the negative personal and family effects of cognitive decline and the prospect of nursing home care for full-blown Alzheimer’s. A table listing the various recommended tests appears here in Appendix C.

The last article in this series, the summary and recommendations, may be the most useful. You can go directly to it by clicking here: Maintain Your Brain – Conclusion: The Key Concepts and Recommendations.

Maintain Your Brain – Conclusion: The Key Concepts and Recommendations Mar 19, 2018

Click here to see Dr. Formulated probiotic products produced by Garden of Life with the oversight and guidance of Dr. Perlmutter.