Hang onto Your Hat! A Deep Dive into the Molecular Biology of Alzheimer’s 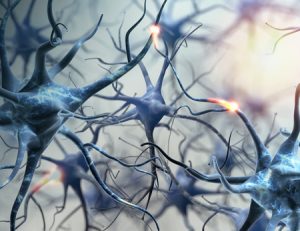 Dr. Bredesen dives into the science of the research leading to ReCODE in chapters 5 & 6 of his book. Unless you really want to go deep into the basic mechanisms of neurodegeneration and the biological rationale for ReCODE, he suggests, “you may wish to skip this chapter and the next and go straight to the clinical assessment and treatment (chapters 7 to 11)”.1

If you want to skip the deep science and go directly to the clinical assessment and treatment of Alzheimer’s, click here: Maintain Your Brain – Part 3: Addressing the Threats.

These excerpts from chapters 5 through 7 of Dr. Bredesen’s book, The End of Alzheimer’s may shine enough light into the deep, dark cave of Alzheimer’s science to help make more sense of the ReCODE protocol and its importance in combatting Alzheimer’s disease.

“A molecule, amyloid-beta, that acts as an anti-trophin accumulates at high concentrations in the brain, triggering dependence receptors to reduce connections (the synapses that are critical for memory and are lost in Alzheimer’s disease) and ultimately kill the neurons. But what causes this oversupply of amyloid-beta? To understand that, we needed to look at where amyloid-beta comes from— that is, the molecule it’s made from. That molecule is called, rationally enough, amyloid precursor protein (APP).”2

“After APP is produced by the neurons, it is cut by molecular scissors called proteases. The scissors cut at either three spots along APP’s 695 amino acids, or at one distinct site. The different cut sites produce different fragments, of course, just as cutting the pasta coming out of your pasta machine here and here produces different kinds and lengths of pasta than if you cut it there and there. In the case of APP, cutting it at three particular sites produces four peptides: sAPPβ (pronounced soluble APP beta), Jcasp, C31, and amyloid-beta. All four of these peptides play roles in the processes that underlie Alzheimer’s disease: loss of the brain’s synapses, a sort of shriveling up of the part of the neuron that extends out to connect to other neurons, and the activation of neurons’ suicide program. On the other hand, APP can instead be cut at a single site. If this happens, the result is just two peptides: sAPPα and αCTF. This pair has effects completely opposite of those of the quartet above. They maintain synaptic connections, nourish the growth of neurons’ reach-out-and-touch-someone fingers, and block neurons’ suicide program. They are, in short, anti-Alzheimer’s peptides. I bet you have figured out the punch line here: to reduce your risk of Alzheimer’s disease, you have to minimize production of the Alzheimer’s-causing quartet and maximize production of the Alzheimer’s-preventing duo. Obviously you can’t just will this to happen. But you can make it happen by adopting the ReCODE protocol.”3

“It turns out that how APP gets cut— at three sites, producing the Alzheimer’s-causing quartet, or at one site, producing the neuron-nourishing duo— is determined by what molecule binds to it, among other things. If APP grabs a molecule called netrin-1 (from the Sanskrit word netr, meaning “one who guides”), APP is cut at a single site, thus producing the anti-Alzheimer’s sAPPα and αCTF, which . . . promote the growth of axons as well as all-around synaptic and neuronal health, and also prevent cell suicide. If, instead, APP grabs hold of amyloid-beta, APP is cut at the three sites, thus producing the Alzheimer’s-causing quartet of molecules. That quartet includes, as you recall, amyloid-beta. Yes, when the amyloid-beta that comes from the cleavage of APP binds to APP, it pushes APP to make more amyloid-beta! You may wonder where amyloid-beta came from in the first place. It sounds like a chicken-and-the-egg question: you need amyloid-beta to cause APP to be cut in a way that produces amyloid-beta. But remember that APP is a dependence receptor, so simply removing the trophic support, such as netrin-1, starts the ball rolling, causing APP to produce amyloid-beta. The finding that amyloid-beta causes APP to make more amyloid-beta means that amyloid-beta is prionic. Just like the prions in mad cow disease, amyloid-beta can beget more of itself without the need for genetic material (which is how cells manufacture all other proteins). Like a tiny vampire, amyloid-beta bites the APP receptor and creates another tiny vampire. Together, APP and amyloid-beta create what’s called a prionic loop, going around and around in a vicious circle, producing ever more synapse- and neuron-destroying amyloid-beta. This is why ReCODE is designed to shift the APP balance back, reducing the cleavage that produces the amyloid-beta (the synaptoclastic cleavage) and increasing the cleavage that produces the two synaptoblastic peptides, sAPPα and αCTF. Let me summarize quickly. Neurons sport receptors called APP. When APP grabs hold of a molecule called netrin-1, floating by in the intercellular environment, it sends a signal into the neuron that keeps the neuron healthy and functional. When APP fails to grab netrin-1 and lacks other trophic support, it defaults to a very different signal, telling the neuron to commit suicide. Grabbing hold of floating molecules has a second effect, however, this one on the APP itself: when the APP receptor grabs an amyloid-beta molecule, it unleashes a cascade of biochemical reactions that cause the APP to be cut in a way that produces more amyloid-beta. Amyloid-beta molecules begin to outnumber netrin-1 molecules. The APP receptor therefore is less and less likely to grab netrin-1 molecules and more likely to keep grabbing amyloid-beta. APP stops sending “stay alive and healthy!” signals into its neuron, ultimately causing the neuron and the synapses it has formed to die programmatically. Any effective treatment for Alzheimer’s should therefore include a method to shift the APP processing toward the synaptoblastic signals and away from the synaptoclastic signals. In our next series of experiments, we searched for all the factors that might do this, not just netrin-1 and amyloid-beta. For it turns out that APP responds to— that is, it is affected directly or indirectly by— dozens of molecules. Crucially, all of them have been linked to Alzheimer’s disease: estrogen and testosterone, thyroid hormone and insulin, the inflammatory molecule NF-κB and the “longevity molecule” sirtuin SirT1 (famous for being activated by the resveratrol molecule contained in red wine), vitamin D . . . these and many others affect the APP receptor and whether it will be cut into Alzheimer’s-causing or Alzheimer’s-preventing snippets. So do sleep and stress and many, many other parameters. Although these factors may seem unrelated, the reason they all contribute to the risk of Alzheimer’s disease is that they exert leverage at the crux of the Alzheimer’s pathway. Like Archimedes if he was given a place to stand and a lever long enough, these molecules and other factors can move the Earth, aka the pivotal point where APP is nudged down a pathway that destroys synapses and kills neurons or down a pathway that sustains and nourishes them. If this all sounds complicated, well, it is. But what else would you expect of processes in the most sophisticated, complex system in the known universe— the human brain?”4

If you have read through this article, you can appreciate the multi-faceted nature of the threats. To read what can be done about them please click here: Maintain Your Brain – Part 3: Addressing the Threats.

Maintain Your Brain – Conclusion: The Key Concepts and Recommendations Mar 19, 2018

Click here to see Dr. Formulated probiotic products produced by Garden of Life with the oversight and guidance of Dr. Perlmutter.